A Week in the Woods (Andrew Clements) 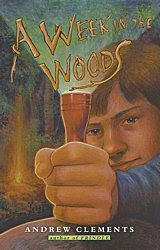 Having recently moved (yet again) to a new home, Mark suddenly becomes interested in all things outdoors. He does some research about camping, practices some hikes, and buys all the equipment any camper would ever dream of having. All these come in handy during a school trip to the forest, in which even Mark learns that there is more to him than money.

A Week in the Woods (Andrew Clements)

Alabama's Big Read project this year is with The Adventures of Tom Sawyer by Mark Twain. A fellow librarian and myself collaborated to put together a gigantic adventure journal for our students. The journal includes a word search and word scramble, places for students to sketch a steamboat and draw a Most Wanted Pirate sign, and tons of opportunities for research on everything from southern culture to the typical dress of boys and girls in the 1800's to Robert Fulton (inventor of the steamboat engine). There is something for everyone in this journal, and I have had an absolute blast with my students as we've studied it!

One reason I wanted to create the adventure journal was because Tom Sawyer is written on an 8th grade reading level. Twain's vocabulary is rather extensive, and even 5th graders get tangled up in the "conjectured's" and the "alacrity's" and the "constrained's". So, I re-read the book myself so I could book-talk it for all of my kinds in grades 1-5. What a great book! Not one chapter went by without my thinking the Big Read book pickers are a team of geniuses! This book is really funny, well-woven, and it does a fantastic job of reminding us all how kids act, think, and play. 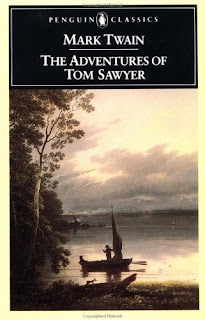 Tom Sawyer is an orphan living with his brother and sister under the care of their Aunt Polly. Rather predisposed to mischief, Tom tends to either find or make an enormous amount of trouble. From accidentally witnessing a murder to getting stuck 5 miles underground in an enormous cavern, Tom is highly capable of getting himself into trouble. Good thing for Tom, he's rather good at getting himself OUT of trouble, too!

I read this book long ago when I was in elementary school, and likely would never have chosen to read it again if it were not for the Big Read. I'm so glad I did! This book now ranks high among my top favorites! And many of my favorite quotes are from Mark Twain, so it's no surprise that I absolutely loved his style, sarcasm, and wit. 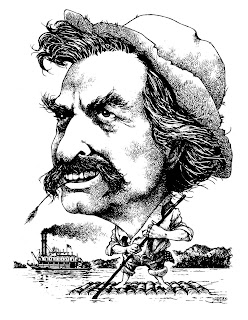 You can also download the entire thing for FREE on Kindle or Stanza iPhone apps.

Here is my wikispace page I created for The Big Read: http://nheskids.wikispaces.com/The+BIG+READ+Resources

I think as adults we often forget how hard life is for kids. Even on a daily basis, when there are no major crises, kids experience frustrations, glee, and social conflict that are especially hard just because they don't yet know how to deal with them. Middle schoolers have it the worst, because everything (to them) is magnified 1000%. 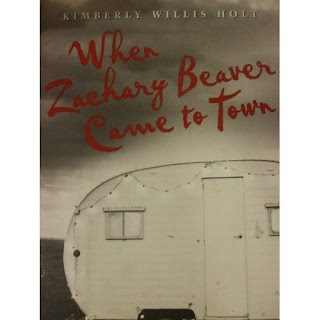 Toby Wilson is a Texan middle schooler who is having an extremely rough summer, even by normal standards. His mother has left him and his father, his best friend's brother is fighting in Vietnam, and the love of his life (well, the love of his middle school life) is with another guy. And while he's feeling sorry for himself, along comes Zachary Beaver. Zachary is a 15 year old boy who is larger than life...literally. He is a big guy, and his "guardian" is capitalizing on his size by pulling him around from town to town in a trailer and charging admission to see the "Fattest Boy in the World." Zachary turns out to be sort of a jerk, the kind who is the way he is because he has had a hard life, too. When Toby and his best friend Cal get to know Zachary, the find out that he is full of surprises...and they surprise themselves when they go to great lengths to help him.

One of the recurring issues for Zachary is that he wants to be baptized. Because of his enormous size, and his discomfort with the town's minister (probably because even in such a wee little town the dude never even tries to see or help Zachary), he refuses to even attempt to go to church. In one conversation about baptism, Toby finds out that ,"First, he should respond to our altar call. He can wait till the fourth stanza if he wants. He must confess he's a sinner. Then we'll schedule him in our baptistery. He'd be the tenth person to be baptized in our brand-new baptistery." Reverend Newton says that as if Zachary would win a big prize. Kind of like the time IGA grocery store gave Earline a color TV for being the ten-thousandth customer.


It occurred to me that getting baptized doesn't sound all that exciting when you have Reverend Newton breaking it down to schedules and which stanza Zachary could walk down the aisle. He's more excited about the new baptistery than he is about what getting baptized would actually mean for Zachary. Reverend Newton also left out a key requirement in the process. Not only should a person confess that they are a sinner, they should also believe in the sacrifice of Jesus Christ. Once that change of heart and soul has been made, the baptism is merely a symbol. A meaningful, important symbol, but just a symbol. Reverend Newton should have explained that more clearly.

I really appreciated that one of the key figures in the story was Miss Myrtie Mae, the town's librarian. Miss Myrtie Mae pays attention, and she makes things happen for Toby, Zachary, and Cal the way only a librarian can. ;)