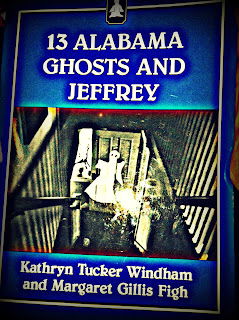 June 12, 2011 marked the passing of Kathryn Tucker Windham, one of Alabama's most famous authors. Known for her storytelling abilities, Windham's most notable works were her Jeffrey books. 13 Alabama Ghosts and Jeffrey was Windham's first, and though it was published in 1969 it remains one of the most popular items in my nonfiction section to date.

From the ghost of a forlorn captain haunting Mobile's State Street to the sulking phantom of a young girl at Huntingdon College, 13 Alabama Ghosts and Jeffrey takes readers all over the state of Alabama in an adventure of legend and mystery. 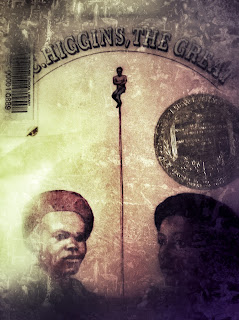 The latest installment in my Hamilton series...
In M.C. Higgins, the Great, M.C.’s family lives in hill country near the Ohio River. M.C. knows his land well, and one day when he encounters two newcomers, he wonders if his hope for leaving the hills behind for a better life is going to happen after all. One of the strangers is a wandering girl who says her name is Lurhetta Outlaw who inspires M.C. by showing him that it is scary and even dangerous to undertake new adventures, but rewarding nonetheless. The other stranger is someone who has come to confirm rumors of and even record the talented voice of M.C.’s mother.  At odds with the neighboring hill people for a long time, M.C.’s family comes to develop a better relationship with them despite their strange ways. Though not the main character, to me the most memorable character in this book was
Lurhetta. She is so mysterious and so eager for adventure, yet simultaneously afraid of change. This makes Lurhetta one complex character, and the fact that she totally uprooted M.C. the Great’s world makes her memorable as well.

Email ThisBlogThis!Share to TwitterShare to FacebookShare to Pinterest
Labels: Newbery 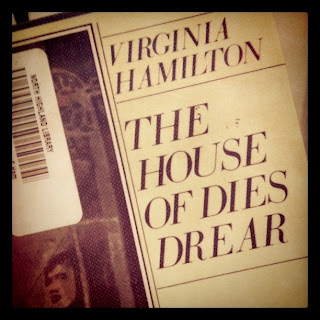 I don't know about you people, but I think ghost stories are lame. They're creepy, and weird, and give me the heebies jeebies. I really can't back that up with anything substantial or scientific or factual...just not a fan of the weirdness.

I thought Dies Drear was going to be different. I had such hopes that this book would be as much about the history of the Underground Railroad as some of its reviews tout. The first few chapters were promising. I learned that approximately 100,000 slaves fled to Canada for freedom between 1810 and 1850, and that 40,000 of them had passed through Ohio. However, that fact was pretty much it as far as the Underground Railroad goes. The rest of the book was suspenseful at times, but had more to do with the supposed ghosts inhabiting Dies Drear's house (the secret chambers of which he used to hide runaways) than anything else.

Here's my other beef with this book: [whispering] I don't really like Virgnia Hamilton's style. [cue "shocking" music]
I want to. I like her. I like her purpose. She must have been something special because she won numerous awards, including a Coretta Scott King, a Newbery, and an ALA Lifetime Achievement Award. She was one of the best known and most distinguished children's book authors in American history. But I just don't like her style. The dialogue is dry and choppy. The characters are emotional wastelands. The plot, even when multiple stories intertwine, are shallow and lack complexity.

The thing is, I'm supposed to like her style. She's a very important author in our history! What am I missing?

The Absolutely True Diary of a Part-Time Indian (Sherman Alexie) 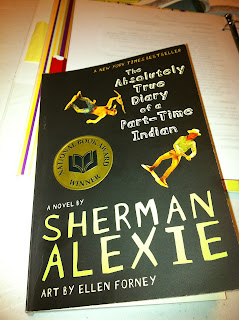 Born "with water on the brain," 14 year old Junior is seizure-prone and poor as dirt. Here he tells the story of life on his Spokane Indian reservation, in all its shocking and gut-wrenching glory. Junior's physical issues and desire for a different life cause him to be something of a target on the "rez," and before long he finds himself enrolled at Reardan, the closest mostly white high school. Violence, cruelty, alcoholism, racism, and tragedy are normal daily occurrences for Junior; though his voice is laden with wit and charm, still the book is peppered with negative stereotypes about the Native American culture.

The oppressive poverty is the worst, and the root of all the other issues. Junior's take:

Though it is overrun with stereotypes, the difference for The Absolutely True Diary of a Part-Time Indian is that as the narrator, Junior is a funny yet deeply self-reflective Native American. He describes experiences with his culture that cannot be disputed by those of another race. Another consideration is that through use of Junior’s very strong, specific voice, these stereotypes are brought to light to reveal their complex combination of truth and utter ridiculousness.


Because it is so heavy laden with negative stereotypes, The Absolutely True Diary of a Part-Time Indian may at first seem a risk to young readers in promoting the very untrue notion that Native Americans are inferior to other ethnicities. Because of the way Alexie tells Junior’s story, the novel does more good than harm in the realm of typecasts. Awareness of the stereotypes and disputing the untruths promotes the integrity of the Native American culture. Young readers without experience in or with the Native American culture will be surprised at what Junior has to say about his life, but one of the most essential qualities of great literature is that it brings awareness to and appreciation of cultures different from our own.

The Absolutely True Diary of a Part-Time Indian (Sherman Alexie) 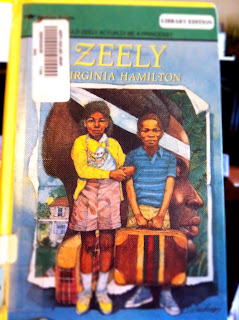 Elizabeth and her brother John are sent off for a summer of adventure down to their uncle's house in "the country." They aren't even settled into the house before Elizabeth (who has renamed herself Geeder and her brother Toeboy) becomes obsessed with a neighbor named Zeely Tayber.

Zeely Tayber is the tallest, most richly dark, beautiful, most regal lady Geeder has ever seen. She appears to float instead of walking, she has a supernatural ability with the farm animals, and above all Zeely Tayber is nothing like the other women in town.

When Geeder comes across a photograph in an article about the Watutsi, an ancient African tribe known for their height, she is convinced that Zeely is a Watutsi queen.

By the end of their adventures together, Geeder realizes that Zeely Tayber is very much a queen after all.

I had not read Virginia Hamilton before Zeely, yet for some reason (possibly their collective inclusion on certain reading lists), I had equated her style with Zora Neal Hurston and perhaps even a hint of Maya Angelou. Going into this book with that expectation left me deeply disappointed in Hamilton's prose. Dry, choppy, and free of emotion, Zeely couldn't be farther from what I expected.