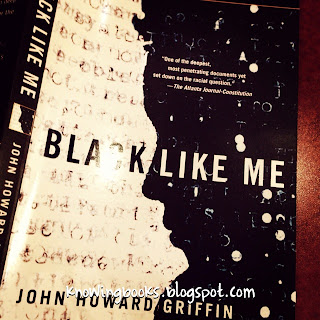 Every once in a while a book dances across my path that renders me utterly speechless. Griffin's Black Like Me is one such work. Hard as I try, I'll fail to do this one justice...but try, still I will.

I'll be researching more about this John Howard Griffin in order to affirm or re-evaluate my initial opinion that he's pretty much an unsung hero of the civil rights movement. At this point in my knowledge of him, he seems to have been a major protagonist in the development of social justice for black Americans. For all Americans, really.

I'm sort of furious that we didn't read this book in high school.

Griffin's book was written in the late 50s and is about an experiment he performed to discover if and how there were differences in the ways black and white men in the South were treated. In 1957, he decided to medically darken his skin so that he looked like a black man. This book chronicles his experiences in a string of Deep South cities from New Orleans over to Atlanta, including stops in Mobile, Montgomery, and Biloxi. For six weeks, Griffin ventured into each city alternating between white Griffin and "Negro Griffin."

*It was 1957. The words "Negro" and "n*****" were used commonly and crudely. They're all over this book. I won't censor direct quotes, as that would detract from historical accuracy. Personally, however, I am rather uncomfortable using the terms even in this setting.

Obviously, he encountered rather poor treatment when he was black. The book details the stress of being harassed by white teenagers, his inability to get a job, and a bile-rising string of depraved questions from white men regarding very intimate details of black men's personal relationships. Once the experiment ended, Griffin's personal knowledge led to him becoming a common guest to meetings with leaders of both races (some separate, others mixed) who were seeking ways to bring peace and justice to the country. He writes of criticism on both sides of mistakes made during this critical time period.

Normally a good book means a few marked pages or highlights/notes in my Kindle. This may tell you something about the number of penetrating statements within this book. 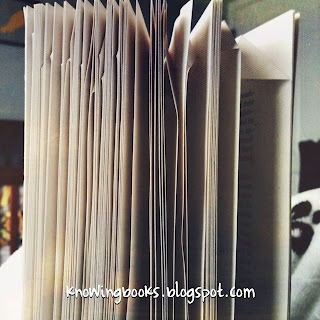 I won't list them all, and for the sake of reasonableness, I've limited myself to the five most profound.

"The Negro. The South. These are details. The real story is the universal one of men who destroy the souls of other men (and in the process destroy themselves) for reasons neither really understands. It is the story of the persecuted, the defrauded, the feared, and detested. I could have been a Jew in Germany, a Mexican in a number of states, or a member of any 'inferior' group. Only the details would have differed. The story would be the same." (Preface)

"I learned a strange thing- that in a jumble of unintelligible talk, the word 'n*****' leaps out with electric clarity. You always hear it and it always stings. And always it casts the person using it into a category of brute ignorance. I thought with some amusement that if these two women only knew what they were revealing to every Negro on that bus, they would have been outraged." (Pg. 21)

"My revulsion turned to grief that my own people could give the hate stare, could shrivel men's souls, could deprive humans of rights they unhesitatingly accord their livestock." (Pg. 67)

"The white man's fears have been widely broadcast. To the Negro, these fears of 'intermingling' make no sense. All he can see is that the white man wants to hold him down- to make him live up to his responsibilities of taxpayer and soldier, while denying him the privileges of a citizen." (Pg. 121)

"Too many of the more militant leaders are preaching Negro superiority. I pray that the Negro will not miss his chance to rise to greatness, to build from the strength gained through his past suffering and, above all, to rise beyond vengeance." (Pg. 164)

Look, I grew up in the 80s and 90s. I won't even begin to pretend I understand the scope of what happened in this country during the civil rights movement. I could never fully grasp the complexity of all sides involved. I do pay close attention to this part of our history, perhaps because mine is a transracial family and maybe because I believe social justice is essential to the liberty of our great land.

Black Like Me is the can opener many people need to crack our minds wide enough to consider the intricacy of racial tensions and issues, both past and present.